The rules regarding the division of military retirement during a divorce are an intersection of federal and domestic state law that can be complex and sometimes downright confusing. The amount of retirement to be divided upon divorce is dependent upon the number of years a spouse has served, the number of years the parties were married, and an overlap of the two.

WHAT TO KEEP IN MIND ON MILITARY RETIREMENT AND DIVORCE

Your military retirement is considered to be a marital property, not income, and is eligible for division according to the equitable distribution laws of Alabama. Once an agreement is made, or the court has issued an order, the order can be enforced the by the Defense Finance and Accounting Service (DFAS), which is the agency charged with distributing military retirement. The state has the power to determine how much a spouse can take from the military spouse’s retirement, depending on several factors, but the spouse cannot be paid directly by the military until the parties have been married at least ten years while the spouse has served an overlapping ten years.

This act is what gives courts the jurisdiction to divide military retirement. The Department of Defense will pay up to 50% of a service member’s disposable retired pay to a civilian spouse unless there is child support or spousal support owed, in which case it goes to 65%. However, this is not a cap, it is merely what the DOD will pay directly – the state can make an order higher than this percentage. If that occurs, then the former spouse must receive direct payments from the military spouse to equalize the difference from the DOD. However, this act does not come into play until the 10-10-10 rule.

This is when the federal government can begin to pay retirement money to a former spouse directly. Ten years of service must overlap with ten years of marriage. In other words, if the military spouse was in the military for 12 years, but has only been married for 7, then the civilian spouse will not be able to receive military payments directly – he or she will be dependent on payments from the spouse. If, however, the spouse has served 12 years in the military and have been married 11, the 10-10-10 rule will apply, and the civilian spouse can receive retirement directly, without relying on the former spouse as a middleman. If the parties have been married less than 10 years, that does not mean the civilian spouse is cut out of receiving retirement; it simply means that it is up to a state court to order the spouse to make direct payments to his or her former spouse.

This is a similar concept to the above rule, except instead of 10 years being the operative length of time for service and marriage, it is 20 years. Full benefits will be awarded to a spouse when this formula is reached, meaning they will also receive medical care for life as well as privileges at the Base Exchange and Commissary. The 20-20-15 rule is also similar, except that there is only a 15-year requirement for the 20 years of marriage and the 20 years of service to overlap. In this case, a spouse would still be able to retain medical care for life, but there would be no additional benefits to them.

This payment is available to members of the military who are disabled to the point that they cannot fulfill their duties. This money is not considered to be retired pay and is not divisible upon divorce. It is that spouse’s separate income. Disability compensation from the Department of Veteran’s Affairs is intended to cover injuries incurred while on active duty. To receive this pay, military members are required to waive a certain amount of retired pay; however, just like regular disability pay, VA disability compensation also may not be divided between spouses in a divorce. If the service member has waived a portion of his retirement in exchange for VA compensation, then the amount that has been waived is subtracted from the retirement pay that is available to the former spouse, reducing the amount that would otherwise be available to the civilian spouse only.

State law and federal law often overlap when determining the division of retirement in a divorce. Final orders must fulfill certain requirements in order to be enforceable by the DFAS and department of defense, so it is crucial to obtain a lawyer who has experience with military divorces. Division of retirement is a complex and critical issue – seek out the advice of a licensed Alabama attorney to ensure you receive your equitable share. 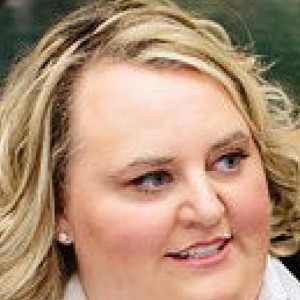 Charlotte is the Owner and CEO of Charlotte Christian Law, P.C. She holds a Juris Doctor as well as an LL.M. (Master of Laws) degree in Trial Advocacy and is a graduate of the Trial Lawyer’s College.

What is a prenup and why every couple should get one before getting married.

As the wedding season is fast approaching in the Heart of Dixie, we thought

You’re Getting a Divorce. How Much Should You Save in an Emergency Fund?

Why a ‘Prenup’ Can Spell Love This Valentine’s Day

With Valentine’s Day just around the corner, love is in the air… So might

You’re Getting a Divorce and Have Moved Out of the House. How Can You Prepare To Co-Parent Together While Living Apart?

You have decided to divorce your spouse and, as a consequence, recently moved out

Join our newsletter and get 20% discount